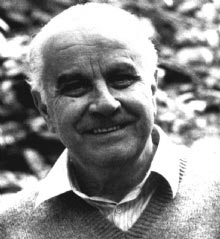 The philosophy and pedagogical framework of the Reggio Emilia approach was introduced and developed by Loris Malaguzzi -1920-1994- who was a primary school teacher. The first pre-school for children aged 3 to 6 years old opened in 1963.

In 1970 the first infant-toddler’s center for children aged 3 months and 3 years old was opened in response to the demands of working mothers. Over time, Malaguzzi and other educators in Reggio gathered their ideas and opinions from many sources. In developing The Reggio Emilia Approach they sought information from theories and philosophies of education, most notably the work of Maria Montessori, John Dewey, Jean Piaget and Lev Vygotsky.

In 1980 international interest in The Reggio Emilia Approach gained momentum with exhibitions throughout Europe. In 1991, the American magazine Newsweek named the Diana preschool as the most avant-garde early childhood institution in the world, leading to huge interest from the United States and the rest of the world. After Malaguzzi’s unexpected death, the community of Reggio Emilia resolved to carry on and implement his dreams and fulfill the Reggio mission to enhance the potential of all children. A foundation named Reggio Children was established as the International Centre for the Defence and Promotion of the Rights and Potential of All Children.